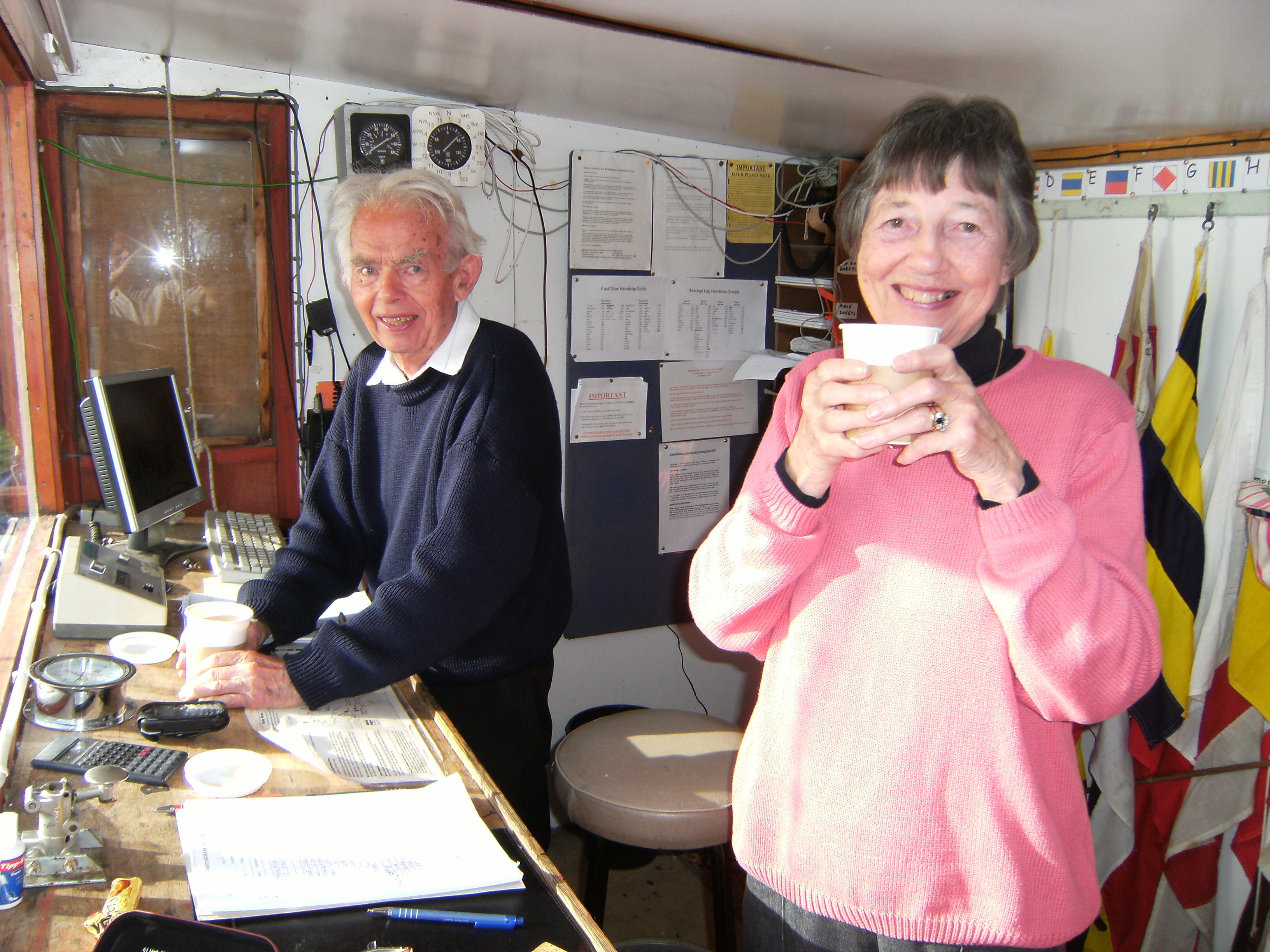 It is with the greatest sadness that we must announce the death of BSC Honorary Life Member Peter Bishop. He died peacefully at his home early on the morning of Tuesday 7 July, just a few days short of his 95th birthday.

Peter was a member of the club for almost half a century, having joined in summer 1973 with his wife June and their children Richard and Sarah. From the outset Peter was an active member, purchasing a GP14 called Jolly Swagman, which Richard helmed with considerable success.

Peter always contributed generously to club life and he went on to become one of our most active race officers, running weekend club racing and in particular the Thursday Night Series and Pyefleet Week for many years, nearly always with June at his side (our photos shows Peter and June on duty in the old start hut (above) and Peter with the late Tony Smith calling the sail numbers of the finishing boats as they come to the line (below)).

He also ran the club duty system, a task that in those days had to be done manually with Peter not only ensuring all duty slots were filled, but also handwriting the reminder cards and delivering them locally with the aid of his trusty bicycle. Never one to rest on his laurels when there were jobs to be done, he also managed the bar banking for many years and was always on hand whenever help was needed.

A teacher by profession, Peter taught at the local junior school and many club members benefitted from his tutelage. At the club he was hugely supportive of our younger sailors and his encyclopaedic memory meant he never forgot a face. Even if the sailor in question had been away from the club for many years, when they returned, he would immediately recognise them and recall the boat they used to sail, who they sailed with and even their results!

Right up until the end of last season Peter continued to visit the club regularly, popping down to keep an eye on what we were all up to and enjoying regular chats with fellow members while watching the racing. His piercing blue eyes and hugely positive outlook on life made a mark on all he came in contact with and he will be much missed by everyone who knew him. 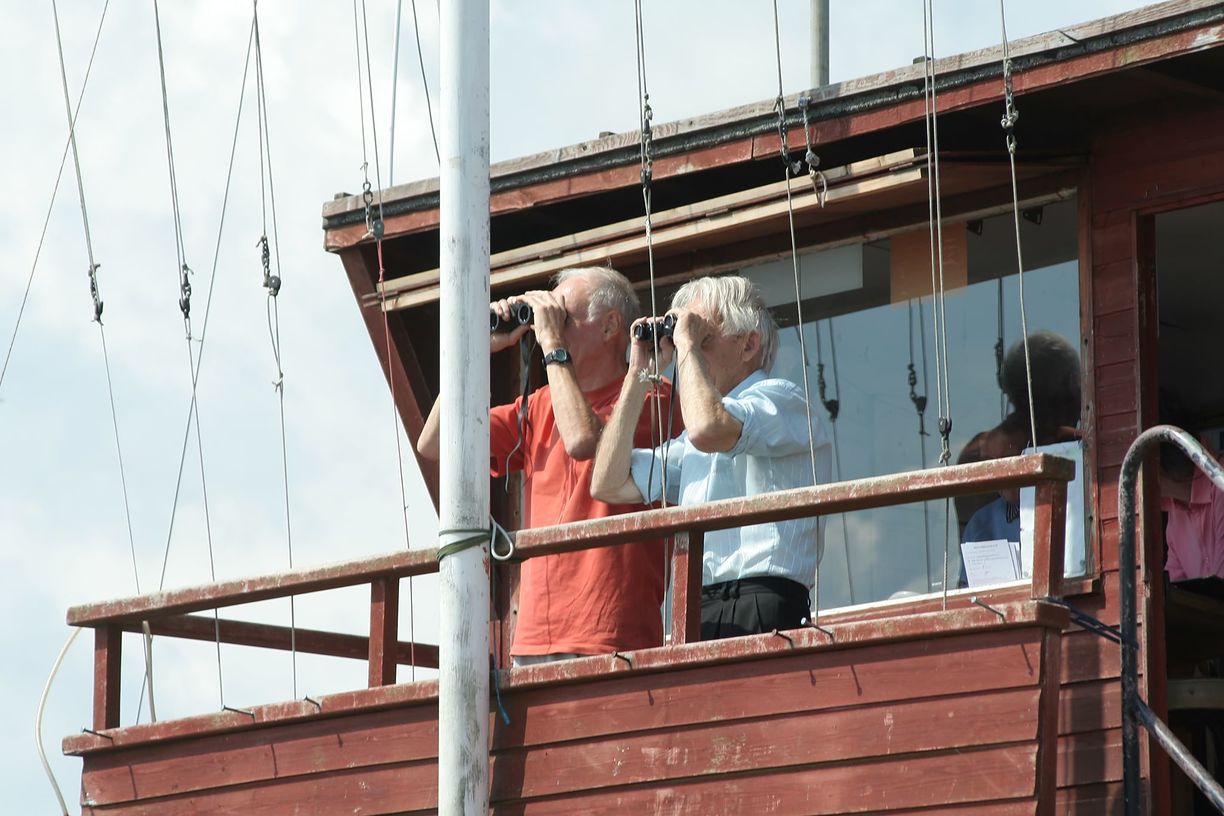