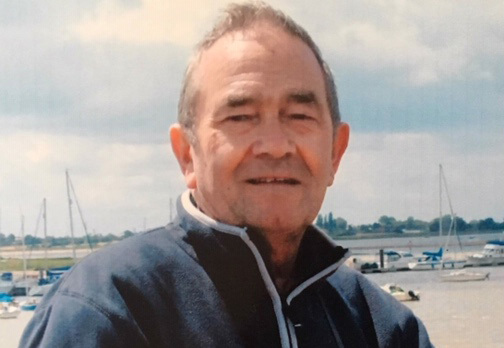 It is with the greatest sadness that we must inform you of the death of former BSC Commodore John Bines, who passed away on Monday 27th May following a short stay in hospital.

John, his wife Angie and their sons Andy and Chris became members of the club in 1971 and over the subsequent almost four decades John's contribution to club life was immeasurable.

An active Hornet sailor, John quickly joined the sailing committee and before long was taking on a host of roles and responsibilities. Over the years these included Bosun, Purser, Sailing Secretary, Vice Commodore and ultimately Commodore from 2003 to 2004, with Angie loyally and very actively supporting him in all of these roles. John was also our longest serving general committee member, only standing down from the committee earlier this year.

John's experience and knowledge were invaluable and many a committee argument was resolved by consulting John, the oracle, for the historic facts of the matter. His practical skills were also put to frequent good use with John the go to person to fix club boats, RIBs and equipment for many years.

John's first sailing love was the Hornet where his most significant achievement was winning the European Championship, he also owned and raced various other boats throughout his sailing career at the club and was a regular and very popular competitor. Latterly, when going afloat became too physically challenging, John successfully took up model boating and could be found most Sunday mornings at the boating lake with the Model Boat Club.

He shared his love of sailing and the water with first Andy and Chris and subsequently his grandchildren Sarah, Joanne, Rebecca, Issy and Jack, and was never prouder than when watching them achieve success in their many areas of accomplishment.

John was a friend to so many at the club that he will leave an enormous hole in our lives and will be fondly remembered by all. Our thoughts and prayers are with Andy, Chris, their families and friends at this most difficult of times.

The funeral will take place on Tuesday 25 June 2019 at All Saints' Church, Brightlingsea at 12 noon and will be followed by a wake at Brightlingsea Sailing Club.