The 2019 Brightlingsea Sailing Club Cadet AGM will take place on Wednesday 14th August at 10.30 in the Estuary Room (first floor) at Brightlingsea Sailing Club and all Cadet Members are invited to attend. Nominations are now open for Officer and Committee roles and nominations must be submitted by Monday 12th August 2019 (details of how to return your forms are on the nomination paper).

Please note that current Cadet Commodore Liam Aldridge and Vice Commodore William White are standing down at this AGM and so replacements are being most actively sought for these rolls as well as other officer roles and committee member posts.

The downloadable nomination paper and agenda can be found at the bottom of this page.

The agenda is as follows:


4. Election of officers and committee members. Nominations are sought for all the following positions:


5. Review of Cadet Sailing key aims, objectives and activities for the coming year, followed by group discussion - views from cadets on these plans, what cadets would like see happen to further develop cadet sailing at BSC.

6. Actions required by the Cadet Officers and Committee 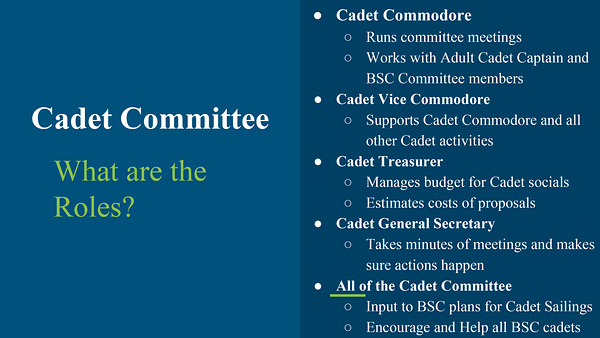 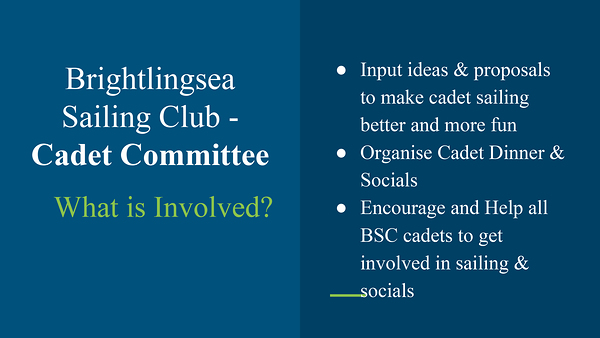