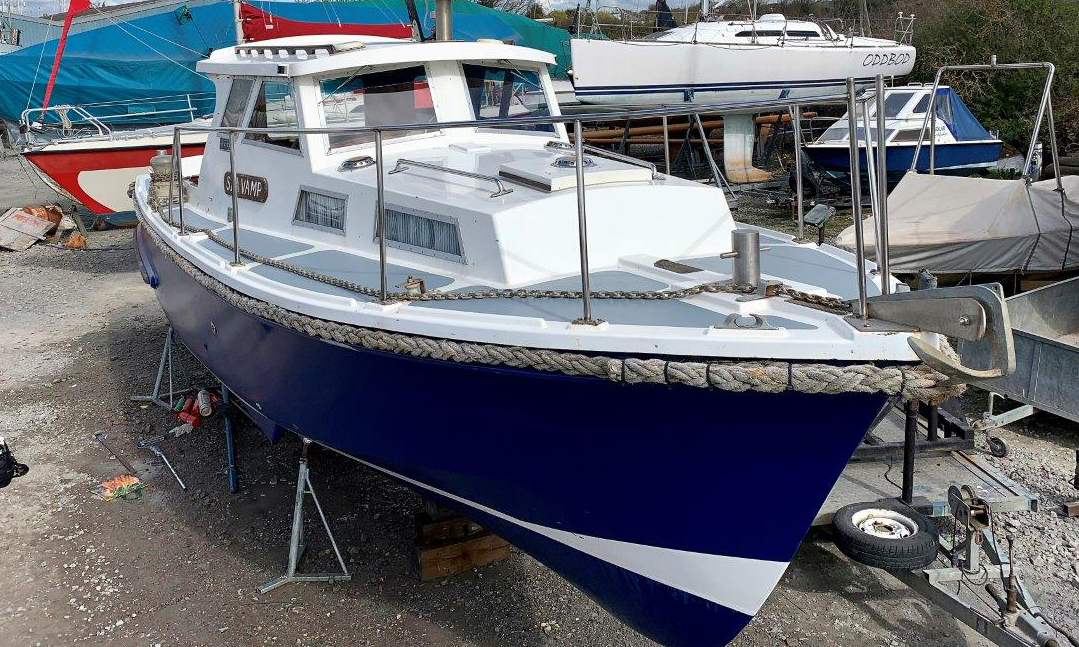 In February this year, with the new Sailing Management Centre completed and with the prospect of a busy 2021 season ahead of us including a number of prestigious open events and championships, attention was refocused on the committee boat. A detailed inspection revealed that the existing boat was close to becoming unseaworthy and her condition made a major refit both physically and economically unviable so replacing her was the only sensible option.

Having a suitable committee boat is vital for the club as Commodore Barrie Winship explains, "Hosting successful open meetings, championships and Pyefleet Week are a key component of our activities and funding, bringing both prestige and considerable income to the club. A fit for purpose committee boat is needed to run these events, without which our membership fees would have to increase considerably. I am extremely grateful to Alec Mumford, our committee boat race officers and the sailing committee who have worked so hard to establish the parameters for a new boat, found an excellent example of our chosen vessel, achieved an outstanding financial deal for the club and put in a great deal of time and personal effort to make it all happen for the start of the 2021 season." 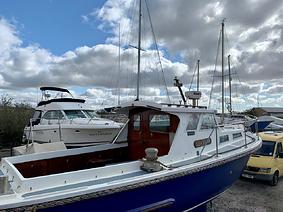 The process to purchase a new boat began with consultation with the club's existing open meeting race officers and members of the sailing committee, who helped to identify the requirements for a vessel.

A spacious and safe working cockpit and deck area, a relatively shallow draft, a simple contained toilet cubicle, an anchor windlass, basic electronics, space to mount the necessary flag signalling equipment, a value for money purchase price, low running costs, a smart but workmanlike appearance and easy of handling were all on the list of requirements.

With an inboard diesel engine, large working cockpit, safe workable forward deck area, great seakeeping qualities, rugged and workmanlike construction, plus an established reputation as a popular committee boat with other clubs including Weymouth, it wasn't long before a second hand Mitchell 31 became a front runner in the short list of possible solutions. 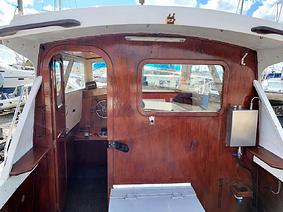 Mitchell 31s are exceptionally well built and popular and sell rapidly on the rare occasions they come onto the second hand market. In early March 2021 the most keenly priced Mitchell 31 for sale was lying in Newcastle with an asking price of circa £25,500.

The Sailing Committee put forward a proposal to purchase this or a similar vessel to the General Committee's March meeting and a maximum purchase price of £24,500 for a suitable boat was approved.


Information was also presented to General on the worst case likely running costs. Initial indications were that the cost to moor, maintain, service and run a Mitchell 31 would be circa £4,000 per annum and this cost was also approved by the General Committee.


At that same meeting Commodore Barrie Winship reported that a buyer had come forward for the old committee boat. This was an unexpected bonus as it had been thought that we would need to pay to have the old boat broken up and taken away at significant cost to the club. Ultimately a sale price of £1300 was agreed and the old committee boat has already gone to her new owner. 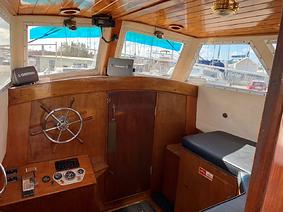 Shortly after budget approval was given another good Mitchell 31 came onto the market locally at a price significantly below our potential budget, and after a sea trial and a surveyor's inspection a very good purchase price of £15,500 was agreed.

In recognition of our good custom and in support of the club as a key provider of grass roots sporting facilities, Morgan Marine offered a special deal for summer pontoon mooring, winter storage ashore with lift, block off and relaunch, a hull clean and anti-foul, plus engine service of only £2,600 per annum, well below the initial £4,000 estimate and in fact only slightly more than the annual cost of £2090 for maintaining and storing the each of the RIBs. 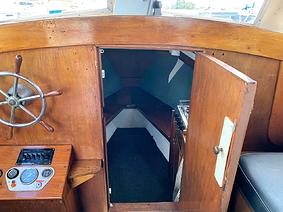 Our new committee boat, Seavamp, arrived back in Brightlingsea just prior to the Easter weekend and has been undergoing preparation for the season since. My thanks go to those members who have given up their time to this project, to help me deliver the boat back to Brightlingsea from Canvey Island, to rub down the bottom and give her a new coat of antifouling, to touch up the deck paint and to give her a general clean.

The engine and gas systems will be professionally serviced and the essential race management equipment installed over the next couple of weeks, plus new BSC branding will be added to make her instantly identifiable for competitors. 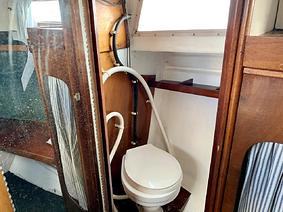 We will also be installing an initially temporary signal flag halyard assembly based on the flag system from the old committee boat. This will give our race officers an opportunity to evaluate the best location and system for everything before a permanent solution is installed later in the year.

I would like to join Barrie in thanking all the very many club members and the team at Morgan Marine who have helped to bring this project to fruition at a saving of some £10,300 on the approved initial investment and £1,400 per year on running costs. Like her predecessor we can reasonably expect Seavamp to give us many years of good service and represent an excellent investment and value for money. 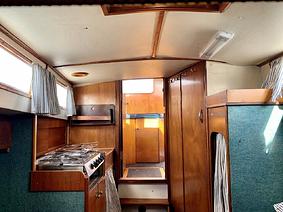 You can look forward to seeing Seavamp in full action for the first time at the Double Handed Open Meeting on th weekend of 22 and 23 May, but in the meantime you can get a first impression of the new boat via these photos, taken this week as we began the job of preparing her for her new life as the BSC Committee Boat.