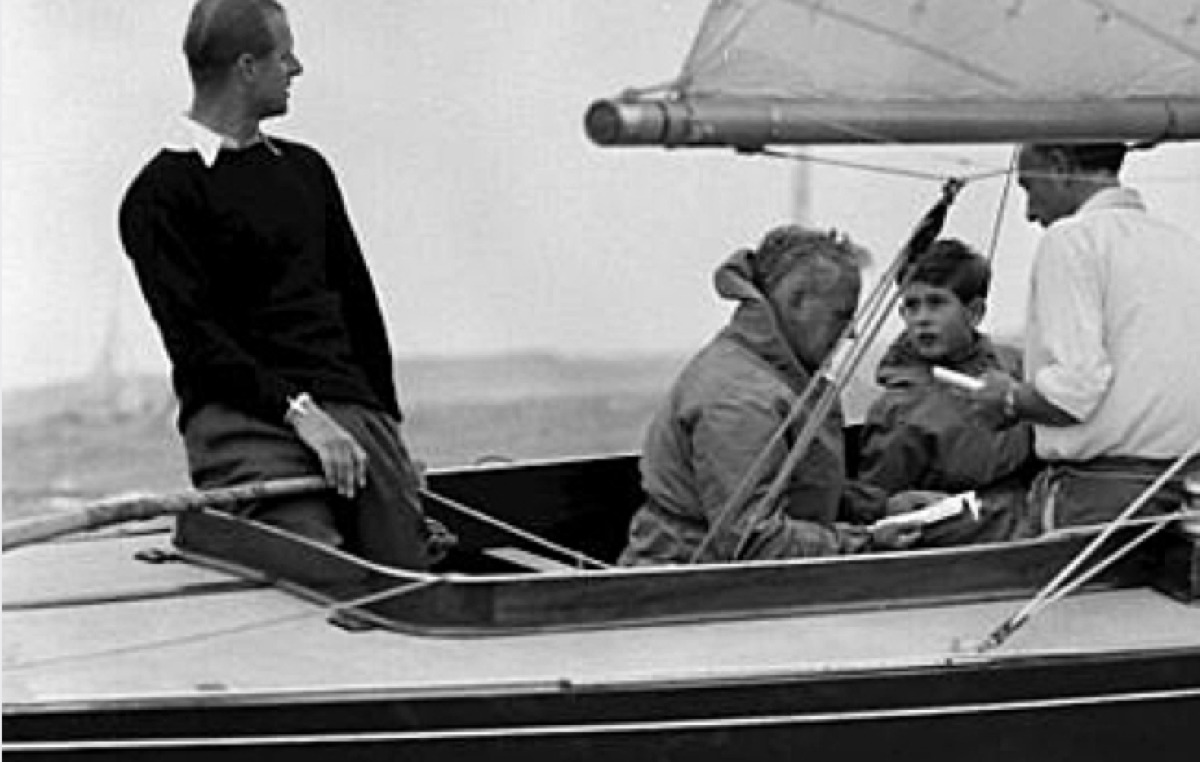 This coming Saturday 17 April at 15.00 there will be a nationwide minute of silence to honour His Royal Highness Prince Philip, the Duke of Edinburgh, whose funeral will also commence at this time. Recognising that many members will wish to pay their respects by participating in the silence or by following the funeral broadcast, and because it would be inappropriate for us to be sounding the finish horn during the period of silence, the Sailing Committee has made the decision to bring the start time of Saturday's race forward to 13.00.

Our thanks go to the race officers and patrol boat crews who have confirmed that they are able to accommodate the revised start time. We apologise to any members who are inconvenienced by this change, but hope you will appreciate the important reasoning behind it.

Prince Philip was a life long sailor owning a number of racing and cruising yachts. He learnt to sail at Gordonstoun School and then joined the Navy in 1939, actively serving through the second world war and until the Queen ascended the throne in 1953.

He achieved considerable success with his Dragon Bluebottle, which was presented to he and the then Princess Elizabeth as a wedding gift by the Members of the Island Sailing Club in Cowes in 1948. Our picture at left shows Philip at the helm of Bluebottle with a young Prince Charles crewing for him. Bluebottle is still sailing today, has recently undergone a major refit and was recently to be seen dressed overall at the Royal Yacht Squadron during the 21 gun salute in the Prince Philip's honour on 10 April. 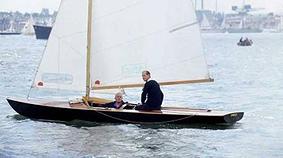 In 1949 Uffa Fox presented Prince Philip and Princess Elizabeth with another wedding present, this time in the shape of Flying Fifteen K192 Coweslip. Uffa regularly crewed for Prince Philip in Coweslip and they achieved many racing successes together including winning the famous Cowes Week Britannia Cup in 1952. A decade later another Cowes Week outing by the pair ended rather more dramatically when a sudden shifting squall capsized and almost sank Cowslip, throwing Uffa and Prince Philip into the Solent. 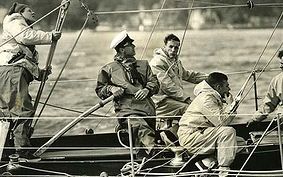 From 1962 to 1969 Prince Philip owned the Charles E Nicholson designed 63' ocean racer Bloodhound in which he enjoyed thousands of miles of both racing and cruising. When Bloodhound wasn't in use by the Royal Family she was made available to clubs around the country, at a charter fee of just £1 per day, to enable them to give youngsters their first offshore sailing experience.

Even after he gave up owning his own boats, Prince Philip still raced regularly at Cowes Week aboard friends' yachts. His involvement in Cowes Week extended beyond the race course though and he was instrumental in a number of significant developments in the event's history, including proposing the formation of the Cowes Combined Clubs to help streamline the event's management.

Prince Philip also made many other behind the scenes contributions to our sport, promoting sailing and the British marine industry around the globe and supporting a wide range of sailing organisations and initiatives. He joined the RYA in 1948 and acted as its President from 1956 to 1997, where his love of sailing and technical and enquiring mind made him far more than just a royal name on the letterhead. Among the many important achievements he championed during his tenure was the formation of the RYA's Training Committee, which now oversees more than 2,400 training centres in 58 countries, including our own BSC Sailing School. He even had the foresight to train his own successor, HRH The Princess Royal, who learnt to sail with her father aboard Bloodhound and shares both his love of the sport and his sharp technical mind. She succeeded him as RYA President in 1997 and continues in that post to this day.

Our thoughts are with HRH The Queen and the mebers of the Royal Family at this time and we wish Prince Philip fair winds and fast sailing on his final run home.